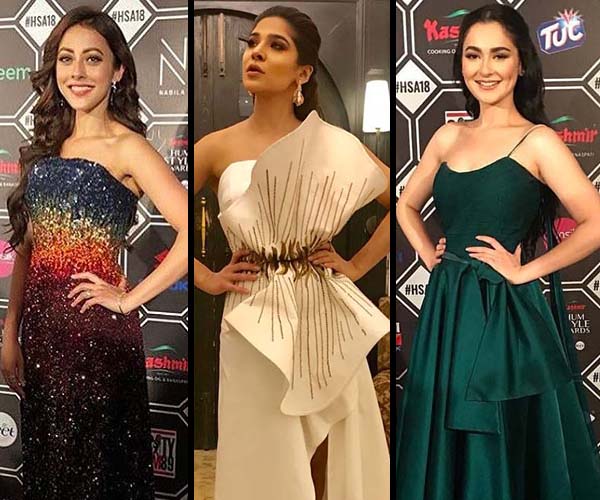 Who wears what at 6th Hum Style Awards

The most talked-about event that recently took place in Karachi was the Hum Style Awards 2018. Pakistani celebrities from film, TV and fashion came over for an extravagant night. All men and women showed their best off. Here we got you a list of the best dressed ladies of the showbiz: 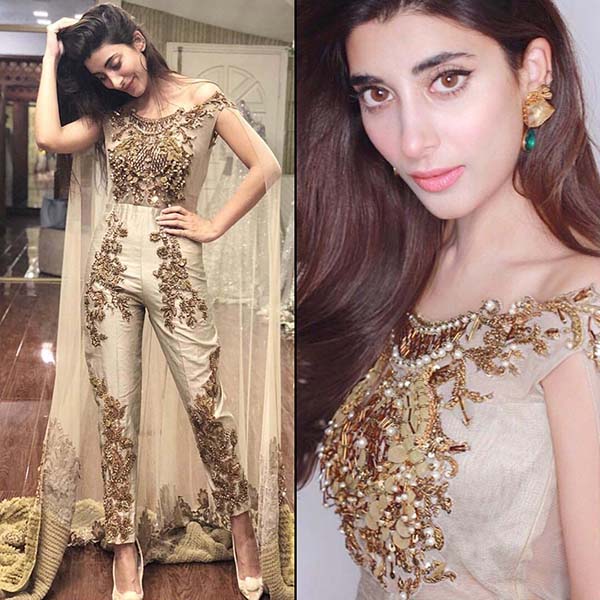 Urwa Hocane, who made the entry on the red carpet with hubby, Farhan Saeed, pulled off a Tabassum Mughal well-worked jumpsuit and a ruffled cloak. The actress was all gold, while Farhan complimented wife in a black classic three-piece. 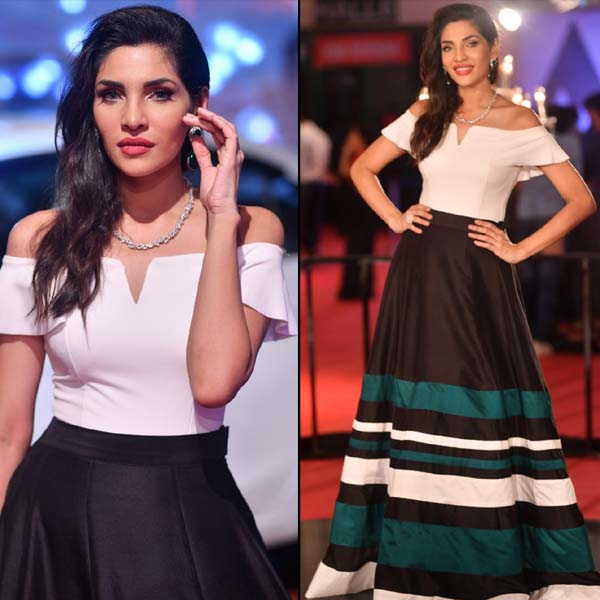 Zhalay Sarhadi hosted the red carpet in a Natasha Kamal skirt that went all the way to her heels. The white off-shoulder top made the three colored skirt stand out. Zhalay was surely all class this time. 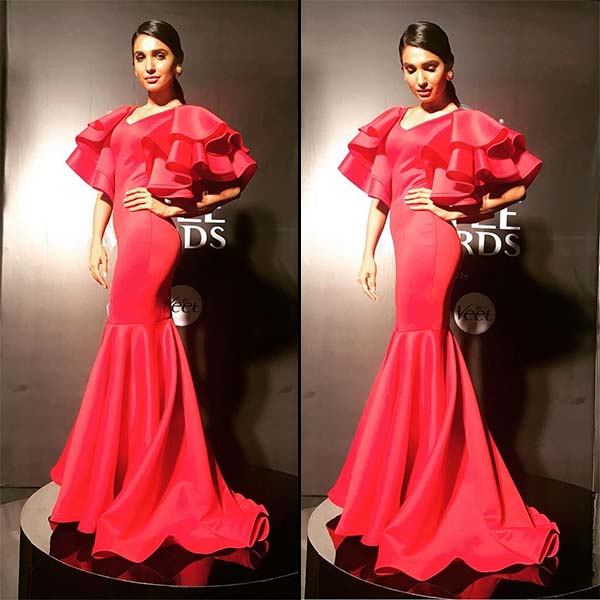 Next up, the super model Amna Ilyas dressed up in a red tail gown by a Lebanese brand. She kept her hair sleekly tied and sleeves all ruffled. 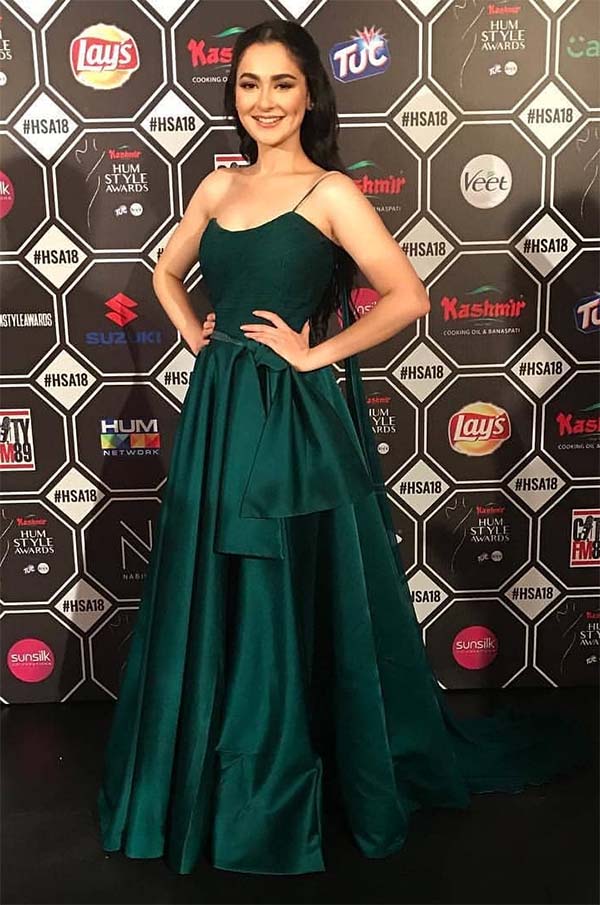 The Parwaaz Hai Junoon girl, Hania Amir wore a Nomi Ansari green dress and became the talk of the town for her ‘hanger loop’ sleeve in one of her pictures from the night. She also won the award for the Most stylish actor- Film (female). 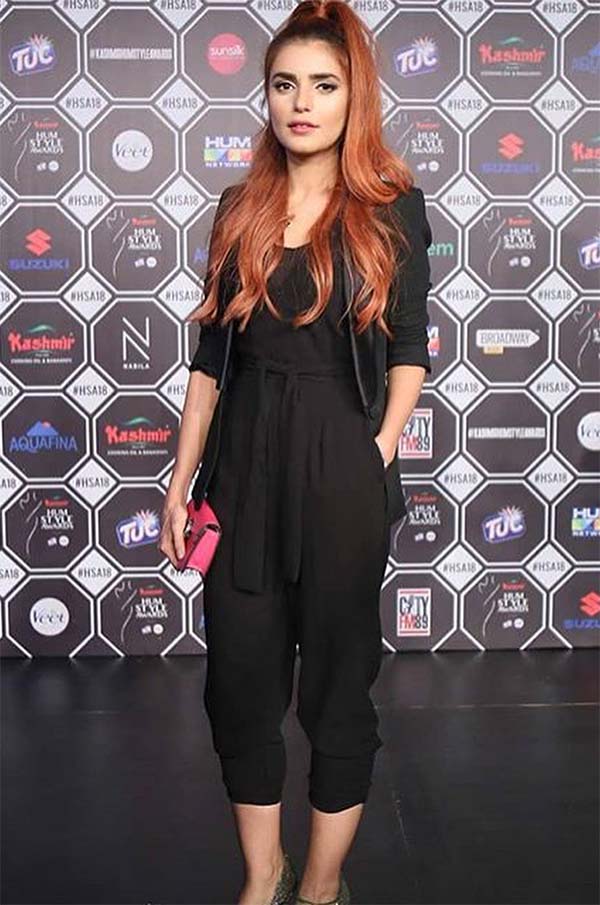 Momina Mustehsan decided to stand out with a casual look. She styled in all black with a jacket-that too black. She also did the make up herself. The singer said she was super comfortable and chose to stay that. Well that’s brave at an event so star-studded! 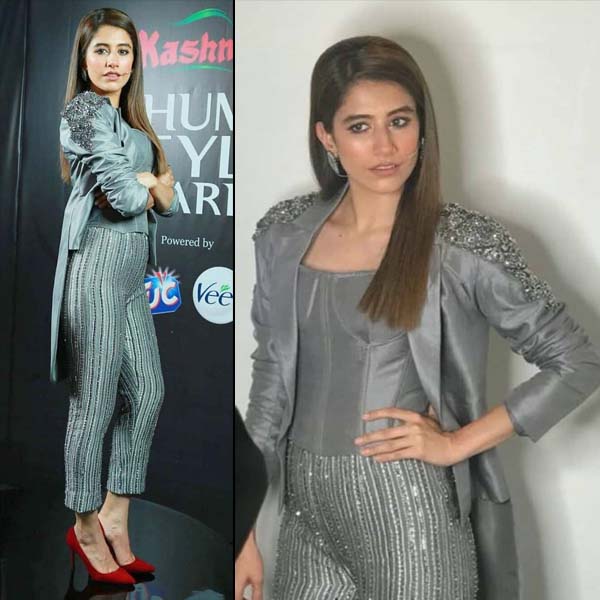 One of the hosts for the night was Syra Sheroz and one of her looks that totally kept us stuck to the pictures was in the grey sequinned outfit by HSY, paired with Allure jewellery. The actress was accompanied by husband Sheroz Sabzwari for the night. 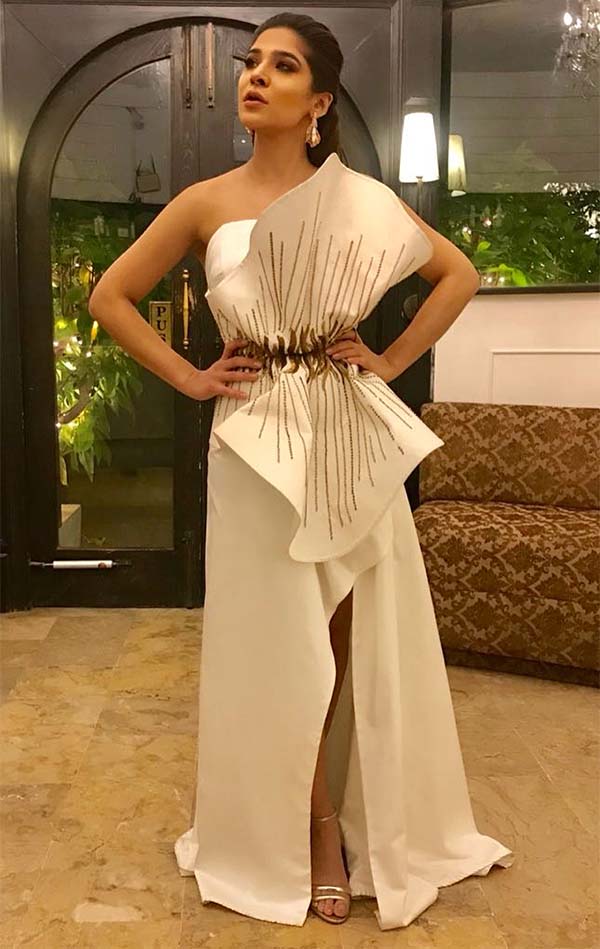 Ayesha Omar won the Most Stylish TV host award and proved the judges right when she came to receive the award in an Ahmad Kalia’s white shoulder-less gown. The gown was ruffled at the top and cut-open at the bottom. Ayesha kept the hairstyle to a sleek wet one. 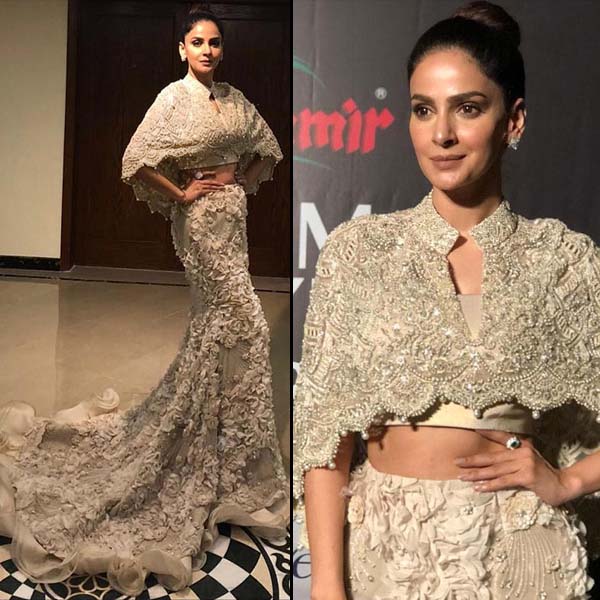 Next up was Saba Qamar Zaman who does not give up even one chance to look royal. The beautiful actress chose a Shehla Chatoor white flow-on-the-floor skirt, paired with a top and a cropped-cloak. All white and royal! 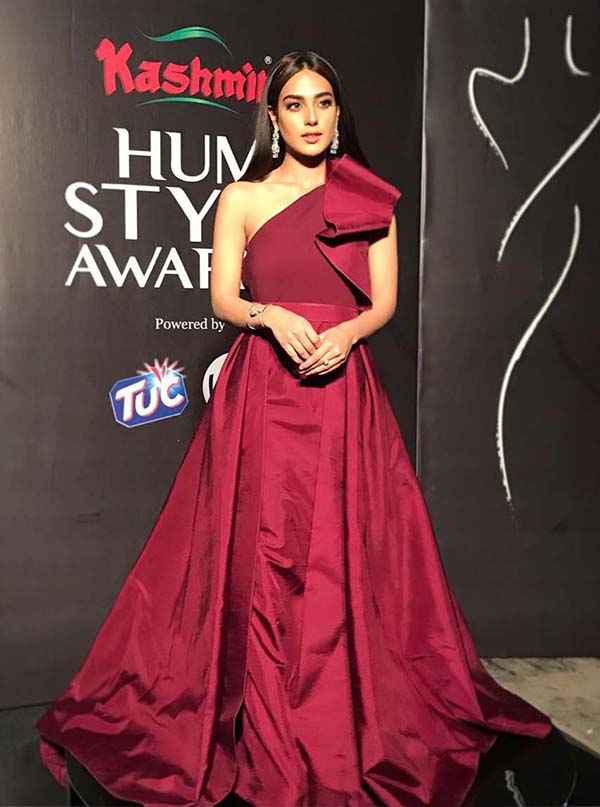 The last and the most loved was the sight of Iqra Aziz, who reassured that she really is the Most Stylish TV Actress, in a scarlet Elan ensemble. The versatile actress chose to keep her hair sleek and simple. Iqra paired the dress with silver stoned earrings.

All these ladies made it to our list for their amazing choice of what to wear at a night as starry as the Hum Style Awards 2018. We loved their looks, what about you?

This error message is only visible to WordPress admins