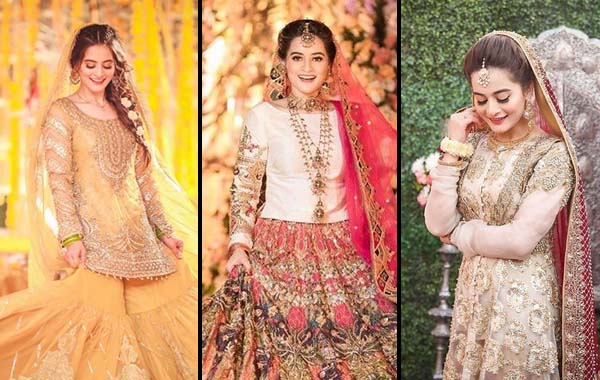 Aiman Khan and Muneeb Butt have taken over the internet with their continuous wedding festivities pictures. The fans are ‘awwwing’ over them because the couple looked absolutely amazing together giving us major goals.

We have to agree that Aiman looks no less than a princess on her wedding! Most of her outfits are from Erum Khan couture, who is one of Pakistan’s famous women wear designer offering a wide range of clothing such as Bridals, Formals and luxury pret.

Have a look at her outfits during all her Wedding functions: 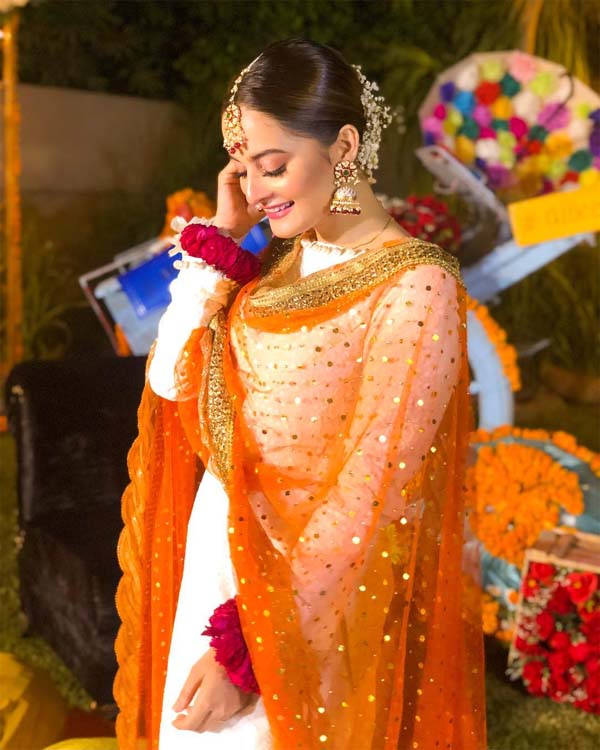 Dholki: Aiman Khan looked simply gorgeous at her dholki organized by her sister Minal Khan and her friends. She is wearing a white chooridaar and kurta with an orange chunri duppata by the designer Mariam Shakeel. Aiman wore beautiful traditional jewellery by Sameen Vance and the hair and makeup is done by Nabila salon. The bride looked super happy and enjoyed to the fullest with her close friends and family. 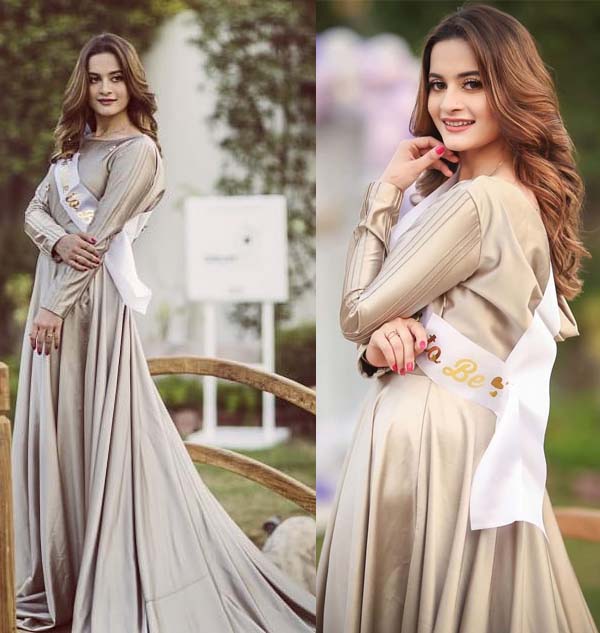 Bridal Shower: Aiman Khan’s bridesquad arranged the cutest Bridal Shower for her, Aiman seems to be having a lot of fun with her close friends and making memories for lifetime, their pictures made the internet lose its calm!

The happy bride to be looked stunning in Erum Khan Couture dress, Aiman is wearing a silver-ish grey long gown with a long tail making her look classy with soft makeup and beachy wavey hair by Sara Salon. 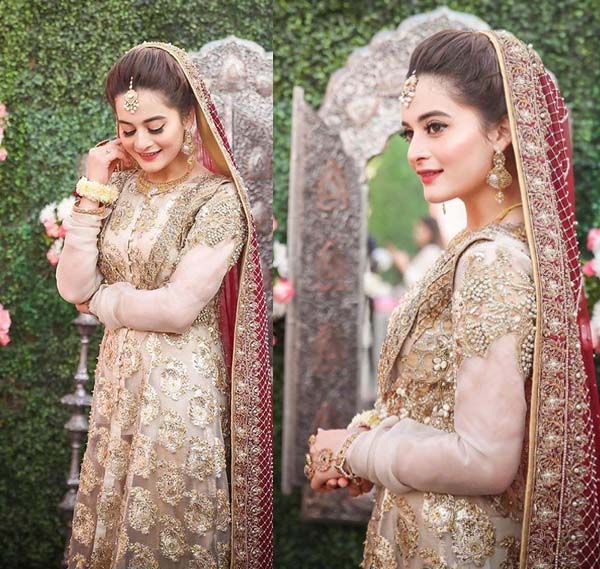 Aiman wears stunning jewellery by  Samreen Vance and the makeup and hair is done by Sara Salon, there is no doubt Aiman looks like a queen! *Jaw dropping*. 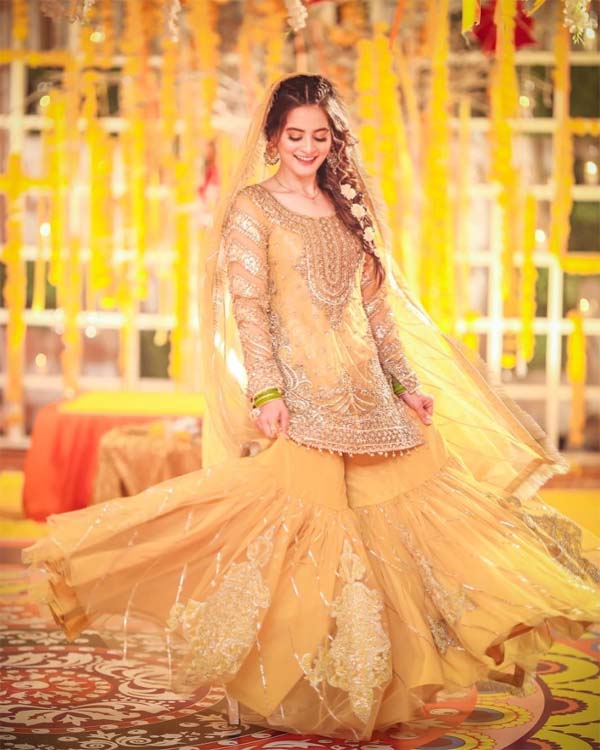 Mayun: Aiman definitely took our breath away in Erum Khan couture yellow Mayun dress with gold work all over the Kurta, and yellow embroidered Sharara pants along with yellow duppata with gold borders. She looks like the prettiest doll in this outfit with light makeup and side flowery braided hair by Sara Salon. 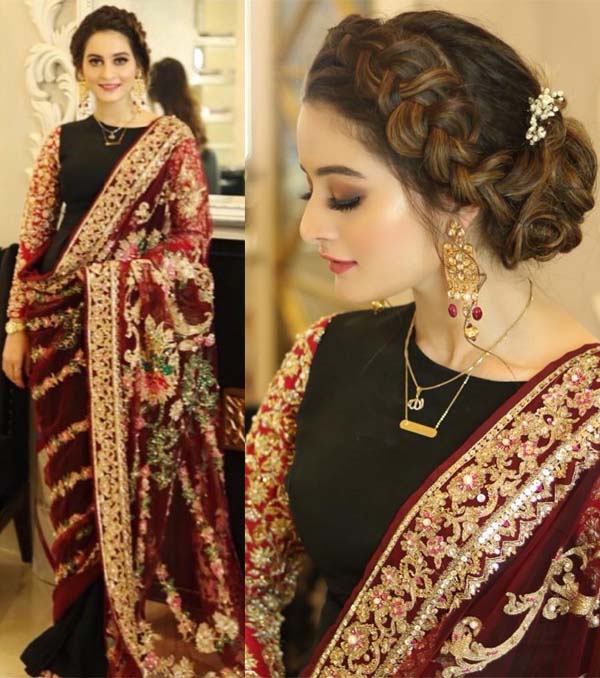 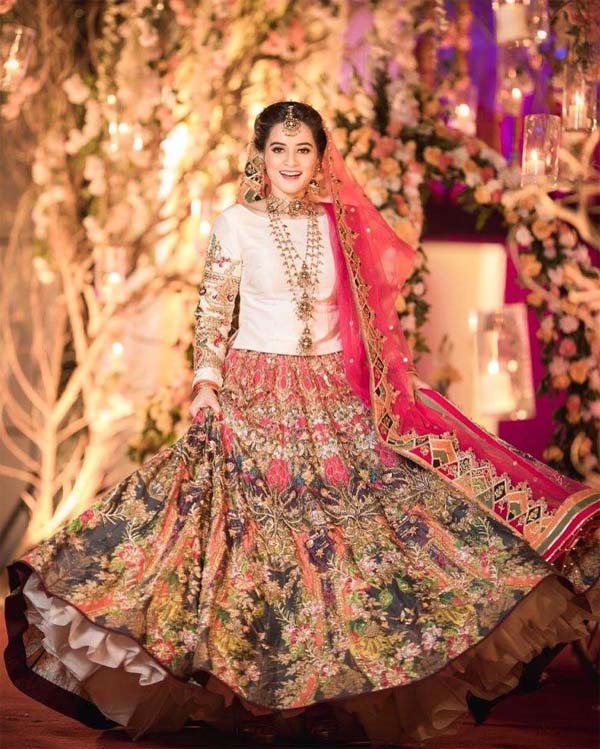 Giving us major bride goals! We bet Muneeb couldn’t get his eyes off her just like we couldn’t either! 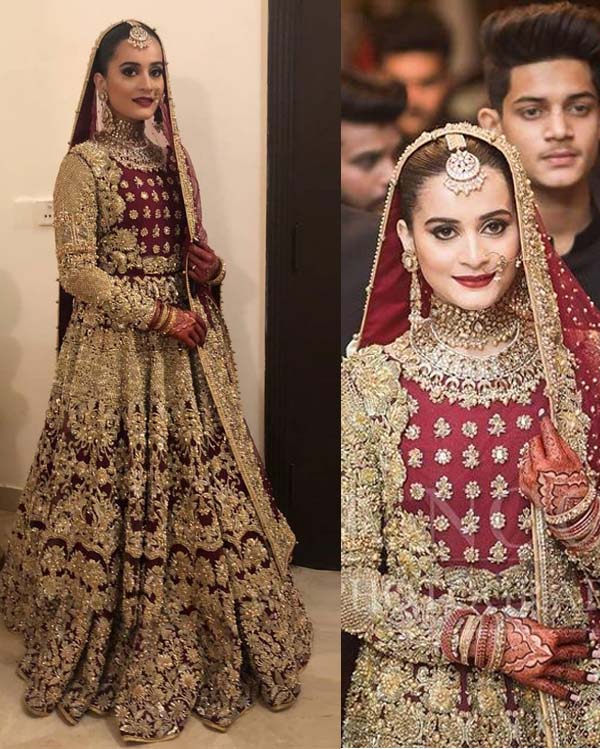 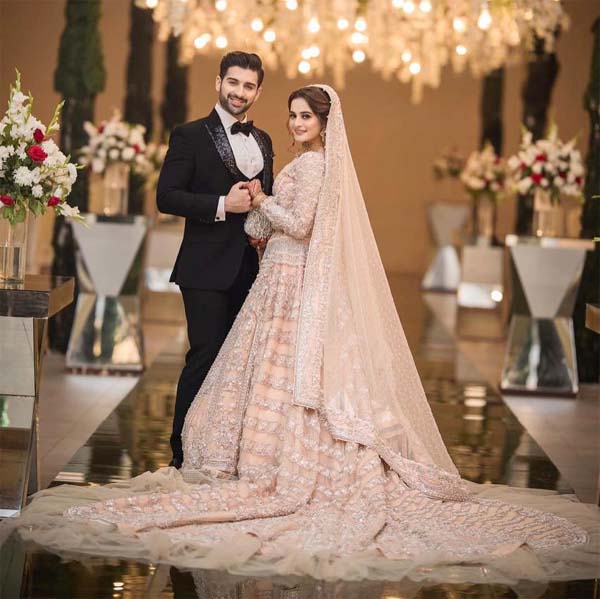 Valima: Aiman wore Erum Khan’s masterpiece on her Valima. Rosy voluminous textured lenenga with an extended trail, with beautiful embroidery and personalized details. To doll her up Sara Ali Khan did her makeup and hair which is phenomenal! What else can a girl ask for in her lehenga on wedding day? We mean, it is perfecto!

Aiman Khan is definitely setting an example of being the most beautiful bride of Pakistan.